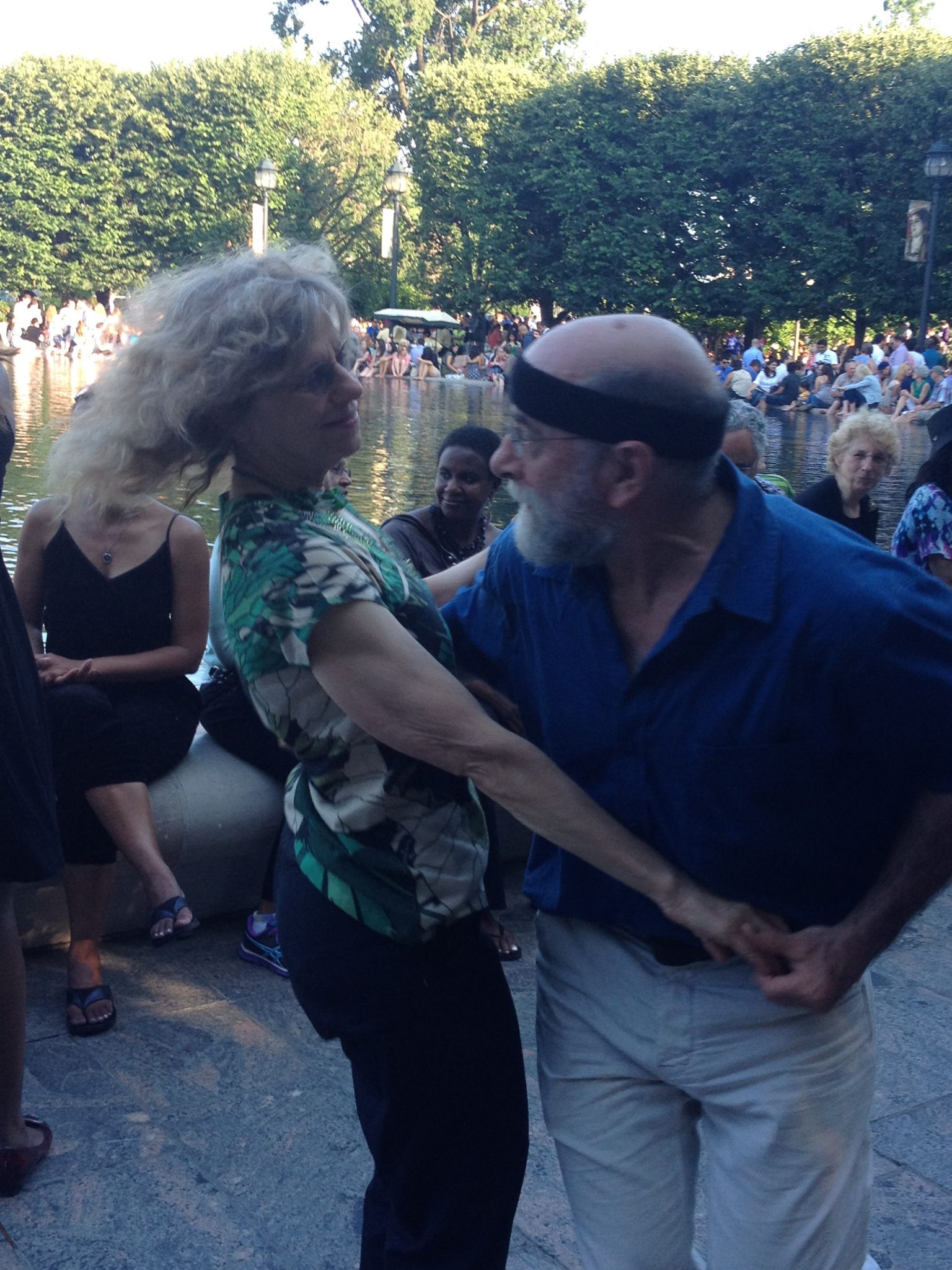 Amidst DC’s oppressive afternoon humidity and smell of happy hour politics is Jazz in the Garden—a complementary music series ensconced in the National Gallery of Art’s sculpture garden that for many Washingtonians, unofficially marks the start summer in the District.Every Friday night, from about 5:30 to 8, you can find scores of people—underpaid interns, suave and single twentysomthings, financiers with their wives and children, no-name political hopefuls—flooding the perimeter of the Mall in hopes of networking, getting a bit of culture, and ossified off of even more sangria. Friends and lovers lounge on picnic blankets under the alien shade of trees, latecomers amble, children fidget impatiently.But boomers? Boomers dance— and dance like no one is watching.Recently single and unusually sensitive to the risk of social judgment, I tentatively walked into the garden alongside a few friends who—similarly reticent—began to survey the space for some asylum. No such luxury was to be had — and the garden’s lawn was already saturated with patrons. So we continued walking.Maybe I was projecting—or maybe I wasn’t—but everywhere I turned, it seemed like I wasn’t alone in my feelings of gross self-consciousness. Beautiful, stylish, and young cohorts of twentysomethings clustered, circled, and cowered into themselves, nervously tinkering with their phones or taking desperate sips of liquid courage. Anxious laughter, compulsive hair-checking, transparent bravado—it was like being confined to the insufferable awkwardness of a pubescent romance. Everyone cared and no one was dancing—at least no one my age.Just a few steps ahead—closer to the jazz—the ambiance suddenly and palpably changed. There they were—the boomers—in all their vigor and unyielding alacrity, grooving, moving, and gyrating to the music with an irreverence I could only envy. I stopped, arrested with delight, to watch them.In this alternate universe—where the fear of social judgment was refreshingly absent—there was a sense of youthfulness my millennial counterparts lacked.What made these boomers so free? And why was everyone else so damn boring?Esteemed psychologist and scholar of life span development Dr. Laura Carstensen of Stanford University has endeavored to answer this question. She posits that in the advent of decreasing time horizons, older adults become more socioemotionally selective in their goals. Put simply, when time is perceived as limited, emotional goals assume primacy—and the pursuit of meaningful social interactions becomes more valuable than normative social influence or information seeking.You see, boomers simply don’t have time to waste. They’ve got life to celebrate.From afar, I admired a couple—perhaps in their late 60s, early 70s—dancing enthusiastically to the music. When I finally mustered enough courage to approach them and express my admiration, I asked what made them so youthful. They said, quite matter-of-factly:“We make our own youth. We are not our number, we are our experiences. We don’t have time not to live each day like a dance no one is watching.”I couldn’t help but pity myself and twentysomethings as a demographic. Would it take us a lifetime to feel that free—to see what is really important in this short life of ours?In the meantime, I put my drink down and started to dance, too. It was the freeest I’d ever felt.Related PostsCan Boomers Be a Great Generation?United, the Post War Generation can prove ourselves a great generation, not just a great big generation.Baby Boomer Mea CulpaI should have done this long ago but I kept hoping that things would work out; praying that I wouldn’t have to humble myself with an apology. However, it has reached a point where the inevitable is, well, inevitable.Marketing to Baby Boomers Getting Older: Part OneIn 2010, an interesting demographic symmetry arrived. Americans born between 1946 and 1964—the birth years traditionally used by pundits to delineate the Baby Boomer Generation—celebrated birthdays somewhere between 46 and 64. For the first time in this generation’s history, millions of Boomers may have considered a rhetorical question posed by…Tweet11Share86Share2Email99 SharesTags: boomers generations liberation